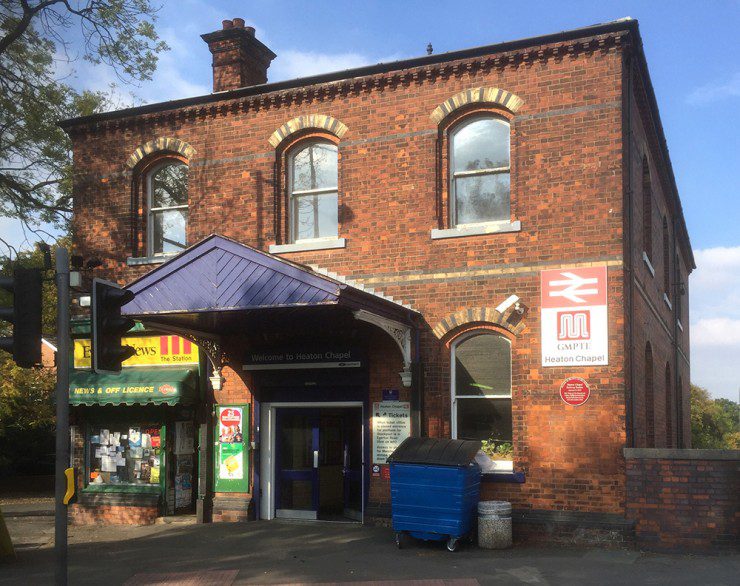 Heaton Chapel Railway Station is on the Manchester to Stockport Line with onward services to Buxton, Alderley Edge and Crewe.

The Station, which benefits from four trains an hour to either Manchester or to Stockport, straddles the leafy Heaton Chapel and Heaton Moor border. These historic villages nearby are bustling but separate shopping areas, with many restaurants and pubs which are particularly busy in the evenings.

Heaton Chapel Station gives easy access to Heaton Moor, an area with a wide selection of bars and restaurants including the award winning Damson Restaurant, the area is also about to see the re -opening of its own Cinema. The Savoy Cinema  is undergoing the final phase of its refurbishment before its launch in autumn 2015.

The station has a very active friends group. Friends of Heaton Chapel Station have won a number of prizes for various art projects including the ‘Running Man’ on the Manchester bound platform and the Trompe d’oeil installation on the station stairs. More recently a traditional station clock has been installed in the station building.